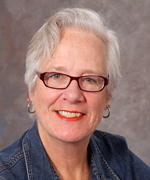 Deborah Ward is a retired clinical professor from the Betty Irene Moore School of Nursing at UC Davis. As the first faculty member recruited to the school in September 2008, Ward is a passionate advocate for the encouragement and advancement of her students, as well as facilitating profound improvements in health and health care.

Ward recently served as interim dean from August 2018 through July 2019 as UC Davis leaders recruited the school’s second dean. She retired Aug. 2, 2019. Prior to this role, Ward served in a number of leadership positions including two years as chair of the Nursing Science and Health-Care Graduate Group and as associate dean for academics for the School of Nursing from 2009 to 2015. She played a critical role in the development of the school’s graduate degree programs, while she also worked diligently to connect the new school with the Davis campus as well as the larger communities it serves. In 2017, Chancellor Gary S. May appointed her as a representative of UC Davis Health on the steering committee of the university’s strategic planning effort, "To Boldly Go.”

Ward secured grant funding for a variety of research and educational projects and is widely published, both in the United States and overseas, including Health Affairs and Nursing Outlook. With an emphasis on cultural inclusion, her teaching ranges from health policy and leadership to interprofessional practice, in which she employs active- and discussion-based learning.

Award for Excellence in Graduate Teaching, University of Washington School of Nursing, 1997

Browse our plans and physicians: